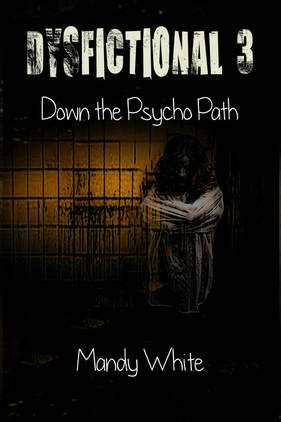 This year, Gina’s gift to her husband would be extra special. It had been years in the planning; an interminable waitlist, clandestine phone calls, hasty arrangements with the help of her sister when the time finally came.
Keeping the secret from Stuart had been agonizing; usually, they told each other everything. Conveniently, he was away on business when Gina and Maxine boarded a taxi for the airport. She told him her sister was recovering from surgery and needed an extra set of hands around the house for a couple of weeks. It was a half-truth; she did stay with her sister in Boston, but it was Gina who was recovering from surgery.
Gina had spoken to Stuart on the phone several times while she was away, but hadn’t told him she was returning early. He wasn’t expecting her for another day. The surprise would be perfect. His birthday wasn’t for another week, but she would give him his gift as soon as he arrived home that evening.
The sunset faded from orange to purple as the taxi pulled up at the curb. Gina stood on the sidewalk for a few minutes after getting out of the car, savoring the view.
The first thing Gina did when they reached the house was remove Max’s harness. She wouldn’t be needing it anymore, but she had left it on for the flight so Max could fly as a guide dog and not as a pet. The German Shepherd gazed up at her, puzzlement in her amber eyes. Gina reached down to stroke her head.
“It’s ok, sweetheart. As of now, you’re retired from active duty. Let’s go inside and get some dinner, shall we?”
Gina brought her suitcase into the bedroom. Though previously accustomed to navigating in darkness, she now noticed the dimness of the room with the curtains drawn.
She clicked the switch on the lamp and gasped. She saw its beauty with her own eyes for the first time. In truth, she was seeing it through someone else’s eyes; those of a young man killed in a motorcycle accident, whose family had generously donated his organs.
The lamp was one of Stuart’s creations, handmade in his workshop. His art took many forms, mostly jewelry and small figurines carved from hardwoods - yew and walnut, he told her. He had a process for curing the wood that hardened it to almost a porcelain consistency, except much stronger. The lamp was one of his finest pieces.
He had made the lampshade as well, from soft calfskin leather, scraped thin in places to create an intricate design of tree branches, which would light up when the lamp was turned on.
Even though she couldn’t see it, for years she had felt the design with her fingers and formed a picture in her mind’s eye. The base of the lamp formed the trunk of the “tree”. The curve of the wood mimicked a tree trunk perfectly, right down to its graceful curve and non-uniformity of its shape. On the surface he had carved a heart with their initials inside. Tiny bumps covered the surface of the trunk, each painstakingly carved by her husband. It was a Haiku, written by him and inscribed in Braille for her: